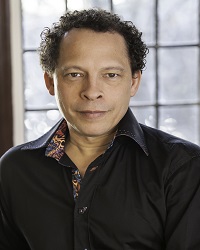 An Evening with Lawrence Hill

The award-winning author of The Book of Negroes and The Illegal will speak from the theatre’s main stage about his passionate views on elder care and assisted dying in Canada, providing his perspective on the journey to death for his extraordinary mother, Donna Mae Hill. At 90 years old, after a remarkable life, much of it spent fighting for civil rights in Canada, Donna Mae Hill travelled to Switzerland for an assisted death because Canada’s laws prohibited it. Lawrence Hill and his niece were present at her end of life.

Select books written by Lawrence Hill will be available for sale and signing.

Lawrence Hill was recipient of the 2017 Canada Council for the Arts Molson Prize for outstanding contributions to the arts. He is also the winner of The Commonwealth Writers’ Prize, the Rogers Writers’ Trust Fiction Prize, and is the only two-time winner of CBC Radio’s Canada Reads. He co-wrote the adaptation for the six-part television miniseries The Book of Negroes, which attracted millions of viewers in the United States and Canada and won 11 Canadian Screen Awards in 2016. Lawrence Hill is also a Member of the Order of Canada.