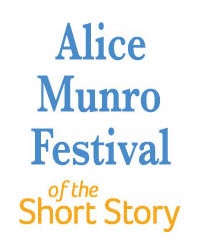 Anakana Schofield: Bina The extraordinary new novel from the acclaimed writer whose previous book, Martin John, was shortlisted for the Giller Prize, and whose debut, Malarky, won the Amazon First Novel Award.

"My name is Bina and I'm a very busy woman. That's Bye-na, not Beena. I don't know who Beena is but I expect she's having a happy life. I don't know who you are, or the state of your life. But if you've come all this way here to listen to me, your life will undoubtedly get worse. I'm here to warn you ..."

So begins this "novel in warnings"--an unforgettable tour de force in the voice of an ordinary-extraordinary woman who has simply had enough. Through the character of Bina, who is writing out her story on the backs of discarded envelopes, Anakana Schofield filters a complex moral universe filled with humour and sadness, love and rage, and the consolations, obligations and mysteries of lifelong friendship. A work of great power, skill, and transformative empathy from a unique and astonishing writer.

Ian Williams: Reproduction Told with the savvy of Zadie Smith, Reproduction is a tale of love among inherited and invented families. Ian Williams’ rambunctious novel sweeps through a world of racial and religious mash-ups, cultural collisions, and cross-pollinations galore. Consider only three of them: Felicia, Army, and Riot.

Then there is Army, her son. Turns out that Army has big plans for his life and a huge capacity for denial. He wants to earn 100K with his garage barbershop by the time he’s sixteen, and by twenty-one he plans to have a cool million. That is, if he can manage the upstairs landlord, Oliver, a needy, volatile, recently divorced man whose teenage daughter is now pregnant. Baby? What baby?

Beginning in a palliative care ward and ending in a cancer ward, Reproduction is the twenty-first-century proof of John Lennon’s famous claim that “life is what happens while you are busy making other plans.” It is the story of strangers from strange places who accidently become forever tangled.