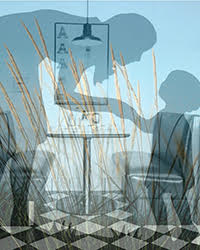 Inspired by a true story about a Chinese-Cree girl growing up in Saskatchewan in the 1950s and 60s, Kenneth T. Williams’ remarkable play premiered in 2011 in Dawson City to instant acclaim. This tour-de-force tells the story of Charlie Wong who emigrates from China to rural Saskatchewan, and opens a restaurant. But provincial law at the time prevents Charlie from hiring white women to work for him. Katherine, a young Cree woman from a nearby reserve, takes a job at the café. In time, the two fall in love, marry, and have a daughter—Yvette. The play begins in 1957, as nine-year-old Yvette Wong helps out in her parents’ café in Alistair, Saskatchewan. She’s incredibly bright but has been placed in the slow learners’ class because of her skin colour. Her mother Katherine, who was forced to attend a residential school, is conflicted about her identity and charges Yvette with a secret— to never tell anyone she’s part Cree. Seen through the hopeful and undaunted eyes of young Yvette, this play touches us all at a time when we need it. Williams was originally inspired by the true story of Canada’s first Indigenous Senator, and our first senator of Chinese descent, the trailblazing Lillian Eva Quon Dyck.