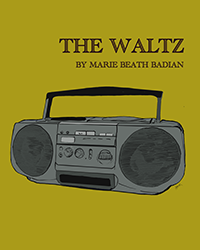 Those of you who loved 2013’s Prairie Nurse are in for a treat with this world premiere of its sequel. Prairie Nurse told the story of two Filipina nurses working in a small-town Saskatchewan hospital in the 1960s. The Waltz picks up the story a generation later, when the children of these two nurses meet and spend one magical prairie night together. The year is 1993, and Romeo Alvarez is driving cross-country, from his home in Scarborough, ON, to his first day of University in Vancouver, BC. At his mother’s incessant urging, Romeo reluctantly agrees to drop in on her old friends. When he arrives unannounced at a remote family cabin, he is unexpectedly greeted by a less than welcoming, Beatrice Klassen. What follows is a single night under the prairie moon, a boom box, a dance lesson, fate and a full moon.

This show is produced in partnership with Toronto’s Factory Theatre.